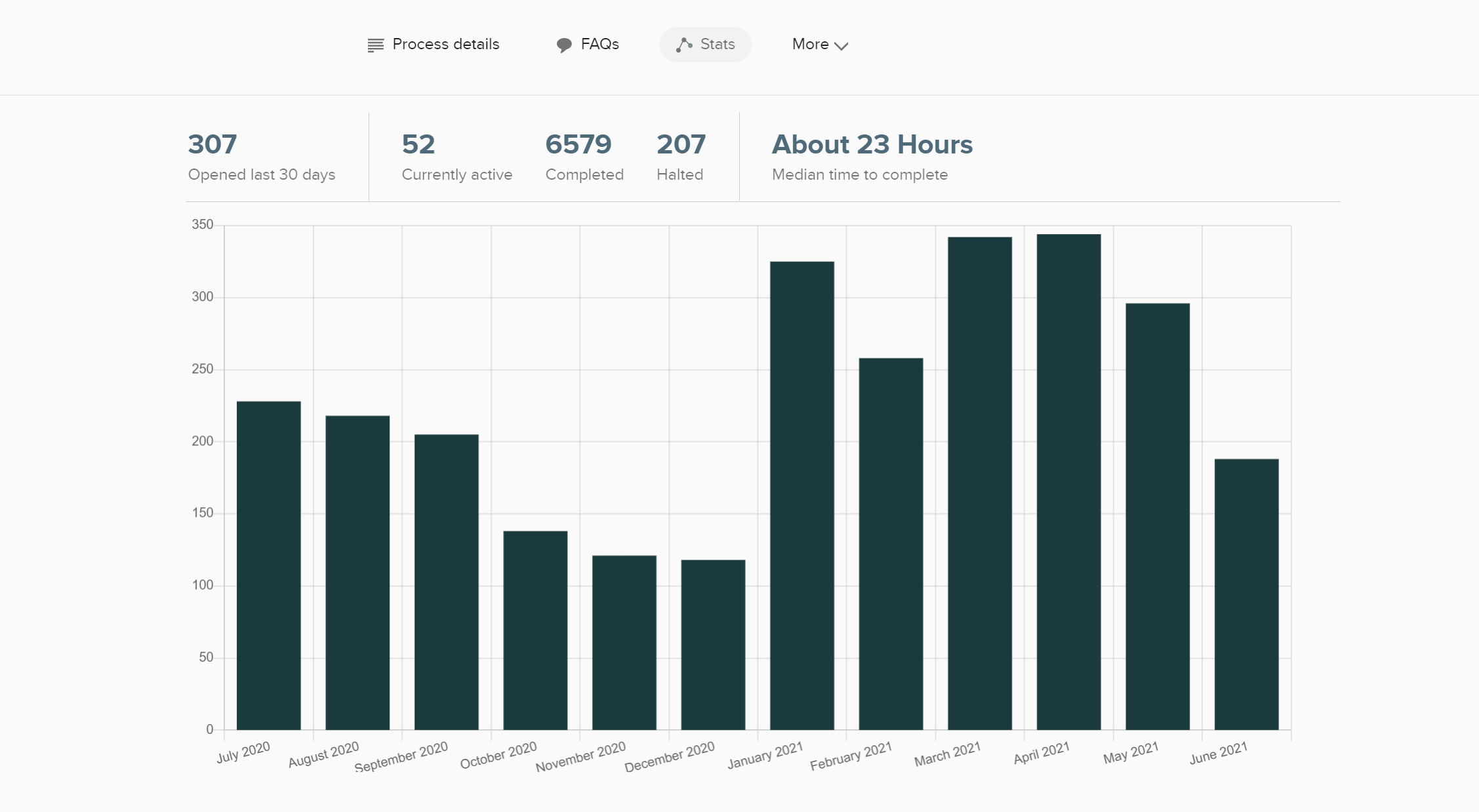 What we've learned about the future of 311/ Constituent Request workflows: Closing the service loop and meeting people where they're at

The first workflow that the City of Erie, PA launched on ClearForms (originally CityGrows) is its Citizen Response Center (Erie's version of 311). Prior to ClearForms, staff managed incoming phone calls, emails, and social media comments in a spreadsheet, manually tracking which comments needed a response and which had been closed out. A few departments had standalone comment/ request forms that weren't connected to the primary system.

‍
When a request came in, staff manually forwarded it to the appropriate department via email (or sometimes via a phone call) and had to chase down a response, often with an escalating series of emails. It was frustrating. Tracking and reporting was even more challenging!

After building out a workflow that the City now uses to track all requests, including phone calls, the team brought representatives from all departments onto the system to be able to respond and close out requests. Now in use for several years, the workflow gets hundreds of submissions each month and has increased the City's responsiveness to resident and business needs. Average completion time is less than one day!

Based on our experience with Erie and our other "311" users, here's what we've learned about supporting this important government process.

‍
Apps are more trouble than they're worth.

The first wave of 311 apps for governments was game-changing. But now "apps" that have to be downloaded from an app store can be a barrier to widespread use. ClearForms 311 workflows are web applications that can be easily completed from a smartphone. We lose a tiny bit of geographic specificity by not being a native app, but our government users find that the ease of use for residents outweighs that limitation. Also, apps are far more expensive in most cases than the same type of 311 workflow on ClearForms.

Build one system to track any/ all types of complaints.

Department- or complaint-specific forms create data silos and limit collaboration across departments. Funnel all requests into the same place - and use logic and automation to send them to the appropriate department or staffer for resolution.

Automation and transparency are essential

Automating communications between government staff members and the public, and building a system where people who submit a request can track the status of their submission themselves is a huge time-saver. When staffers just have to enter the results of their work (and the system automatically emails the applicant with their message) staff can work more productively and spend less time on frustrating communications.

And here's a look at where 311 workflows are going:

Text and chatbot-based interactions - larger governments will continue to deploy more and more AI-driven and text-based options for interactions. Companies like Citibot are building out chatbots for this purpose.

Closing the loop - We're seeing our governments build out linked/ automatically triggered workflows that can be "kicked off" by a constituent request, and then tracked as part of a complex yet flexible work order system, so that everyone know the status of a request.

Interested in bringing a 311 process online (without doing an RFP or taking months for setup?) Book a demo or get started on your own!
‍

Sign up and get started
or
Request a demo
Jasmine Burns

Jasmine Burns is ClearForms' Customer Success Manager. She supports new governments in learning how to use ClearForms and manages our online support channels. She studied cybersecurity at the University of Maryland and has been part of the ClearForms team since 2018. She's based in Erie, Pennsylvania.

Schedule a demo today.
You can export your data at any time.

Schedule a demo
or
Sign up and get started
TermsNewsSupportCareers