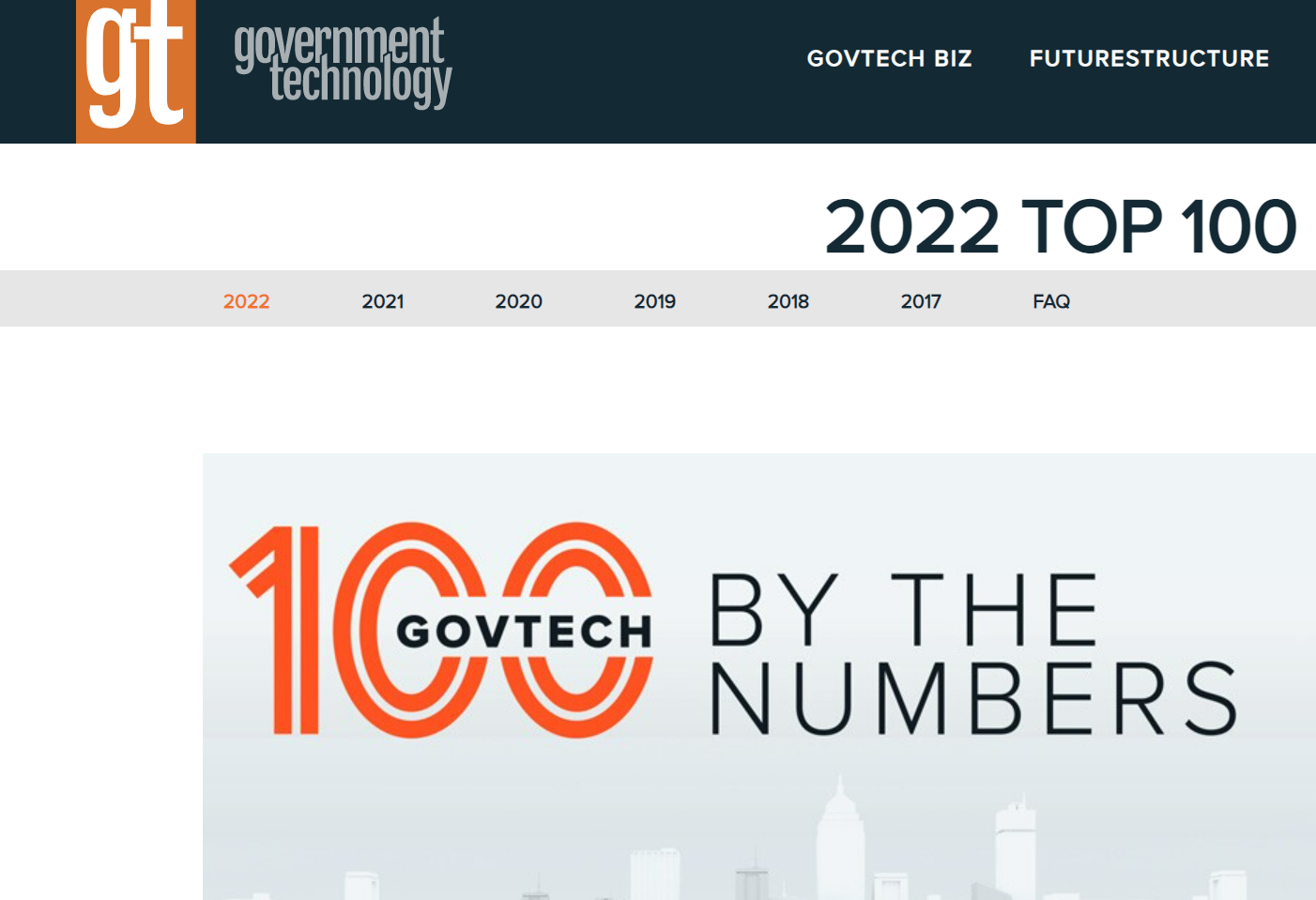 We couldn't be happier to be featured on the GovTech 100 for the second year in a row!

The GovTech 100 is Government Technology's annual list of companies "focused on and making a difference" for government.

It's not just for startups - there are publicly traded companies on the list, and many that have been around a lot longer than we have, so we are definitely honored to be included

That being said, we exemplify the shift that Dustin Haisler outlines in his companion piece about govtech's "App Store Moment." We're seeing more and more governments mixing and matching cloud-based SaaS tools like CityGrows to meet their needs, rather than overspending time and money on more traditional software.

Congrats to all the up and coming startups featured this year!

Catherine is the CEO and a Co-Founder of ClearForms. She's dedicated to supporting local governments and helping them improve outcomes for their residents and staff members. She is a former VP of the City of Los Angeles Innovation and Performance Commission and co-founder of LA's Code for America Brigade Hack for LA. She's based in Los Angeles.

Schedule a demo
or
Sign up and get started
TermsNewsSupportCareers