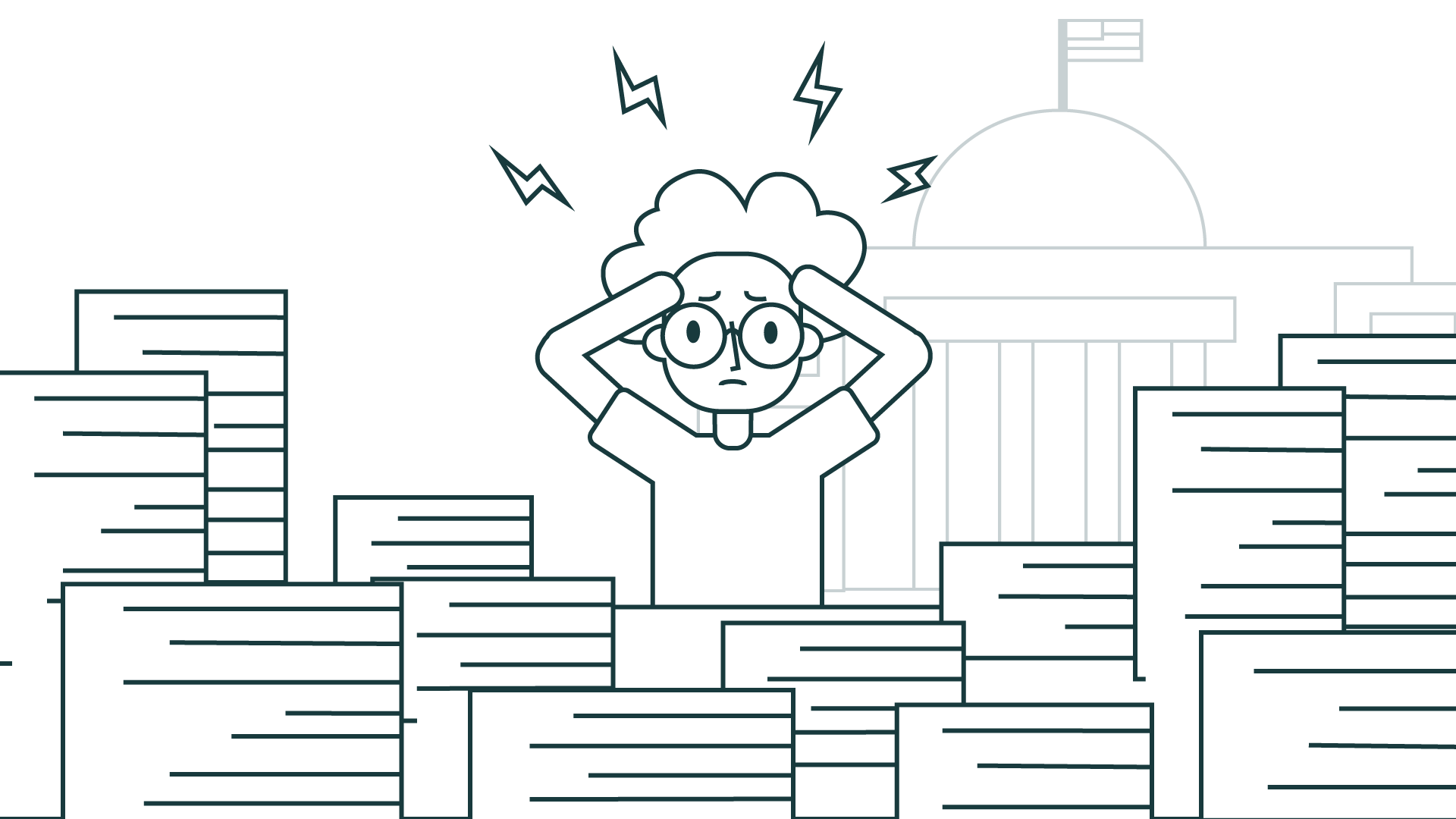 It's not surprising that the government that oversees the fifth largest economy in the world creates a massive amount of online documents and forms. The State of California is required to have all of this information in accessible formats, usable by people with visual or mobility impairments. In 2015, the state auditor issued a detailed report on whether people with disabilities could access information on state websites.

“Although the violations of web accessibility standards ranged in severity, some of them are so severe that elements of the departments’ websites were completely inaccessible to users with disabilities.”

Too few of the State's sites were set up to accommodate assistive technologies such as screen readers, magnifiers, or keyboard shortcuts. Because of the audit, the Legislature passed a law giving state agencies two years to improve.

The scope of this work was much greater than expected, and with this new state-mandated deadline looming, departments did what they had to do to meet the letter of the law. If their content didn’t meet digital accessibility standards online, they took it down. The Sacramento Bee recently reported that more than 2 million state documents on topics ranging from wildfires to water resources have disappeared from the Internet. In addition, many state workflows use PDF-based forms which have numerous accessibility issues, some of which may have also been removed. Californians can neither access key government information, nor conduct digital business with the state. The goal of accessibility shouldn't make information even more inaccessible.

"Unfortunately, many organizations are in a bind.  The tools used to make documents accessible like Adobe Acrobat are complicated and confusing especially if used infrequently or when remediating more complex documents such as data tables or forms.  The results are documents that are still a struggle to use by those with impairments and a “fingers crossed” approach to compliance." John Mulvey, Founder, Digital Echo

While California is looking at this as a way to make digital services more user-friendly for everyone (an admirable goal) they have a long way to go.

Digital accessibility is a basic civil right, and more local governments than ever are taking major steps to meet the needs of their citizens. CityGrows helps make this important transition affordable, fast, and easy. Let's work together to make sure that your PDF forms are transformed, rather than disappeared.

Sign up and get started
or
Request a demo